Today as more families choose cremation as a final disposition option, so more folks consider what they can do with the cremation ashes once they are returned. Typically about 3 to 7 pounds of cremated remains are generated once a person is cremated. Once fully processed by the crematory these cremated remains resemble a gray-like ash compound.

These days more funeral homes are reporting that families are not even collecting their loved ones’ remains, and in fact, many funeral homes now include a clause stipulating that they have the right to respectfully scatter any uncollected remains after a period of 90 days has passed.

So what do you do with cremated remains once you have collected them from the funeral home? 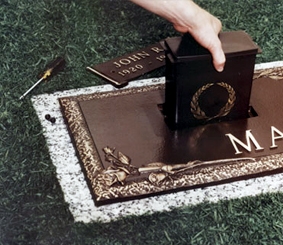 Many people choose to bury the cremation urn.  You can purchase a small cemetery plot (usually similar to an infant size), or purchase a cremation niche in a columbarium.  Indeed more cemeteries are adding both columbaria and scattering gardens.

Alternatively, you may choose to inter a cremation urn into an existing grave plot with a loved one already passed.  Cemeteries will charge you an opening and closing fee to do this, but it can be a great way to ensure loved ones are respectfully laid to final rest and provide a common memorial site for future families to visit.

Keeping cremated remains at home on the mantelpiece

This is not for everyone.  In fact, most folks tend to say that they don’t really know what to do with the urn when they bring it home!  An Aunt of mine used the remains of her late husband in his urn as a doorstop for many years.  Now there are so many different cremation urns, even quirky personalized urns, that the choice can be overwhelming!  Keepsake urns (a set of 1 or more small urns into which the cremated remains can be distributed) also mean that the family can share out remains between siblings or family members.  However, it seems that more often than not, a cremation urn kept at home may end up in the back of a cupboard!

Ash scattering is fast becoming a low-cost means by which to ‘dispose’ of someone’s mortal remains that can also offer the opportunity to lay someone to rest in a ‘space’ they loved. Cremated remains are basically organic matter and so pose no threat at all to the environment.  In fact, you could actually argue that scattering cremated remains is a symbolic gesture of reuniting one’s mortal matter with the Universe, and could be interpreted as such by the biblical reference of “ashes to ashes, dust to dust”.

As scattering cremation ashes is gaining popularity, we find we are asked more and more frequently as to what laws govern ash scattering.  There is very little legislation and policing of the scattering of ashes, so long as one conducts it with dignity and common sense.  If scattering on private land you must have the permission of the landowner.  There are some public areas where you do need to gain permission or sometimes even a permit.  However, in the main, you are at liberty to dispose of a loved one’s remains by scattering them to the winds.

There is an array of ash scattering companies today, and you can choose from an aerial scattering over the natural beauty of mountain ranges, scattering at sea off the coastlines, and or having a portion of remain blasted into space to be scattered.  The great thing is that there is something to suit every budget and imagination! 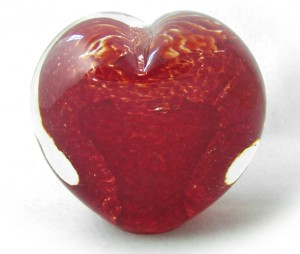 Being largely organic matter cremation ashes can be mixed into a variety of compounds to be constructed into memorial artifacts.  The carbon from a person can be used to create a cremation diamond at the cost of around $3,000.  A cheaper option is to use some cremated remains to make hand-blown glass ornaments and jewelry, and prices for this start at around $30.00.  Cremains can be mixed with cement and used to construct birdbaths and garden ornaments or even made into a memorial reef fixture.

You can legally transport cremated remains, either in person, or by United States Postal Service.  The cremated remains must be securely packed and marked as “human cremated remains”.  USPS offers Label 139 so that the package can be clearly identified and tracked, and it has to be shipped by Priority Mail Express Service.  Courier companies such as FedEx or UPS will not ship cremated remains.

If you opt to fly with cremated remains, you must ensure that you meet the TSA guidelines for traveling with cremated remains.  The remains MUST be in an x-ray friendly container such as cardboard, plastic, or wood, and you should carry the supporting documentation such as a cremation permit and death certificate.

Other things you can do with cremation ashes

It does not stop at burying, scattering, and creating a cremation artifact.  Today there are all sorts of weird and wonderful things you can choose to do with cremated remains including fireworks, vinyl records, gun cartridges, and tattoos!  To read more about quirky ash scattering ideas, visit this Ash Scattering Guide.