Interring the ashes is not necessarily a cost-friendly option.  It is widely accepted that many Americans are choosing cremation because it is so much cheaper than a traditional burial.  A cremation can cost a quarter of the cost of a traditional funeral.  By opting for a cremation you eliminate the need for the expensive cemetery elements – such as a casket, grave liner, cemetery plot, and headstone.   The cost to inter cremated remains can still seem expensive though, when it can run to a few hundred dollars, for that budget cremation service that only costs a few hundred dollars itself!

The funeral industry reports that they have a growing issue with families NOT collecting cremated remains [especially after that quick and low-cost direct cremation], and some funeral homes are storing hundreds of unclaimed cremated remains.

Cemeteries are also now dealing with the issue of families scattering remains over an existing grave, rather than pay the large cost to open the grave and inter the remains.

Keeping mortal remains on the mantle can seem gruesome for some!

The legalities of scattering cremated remains are a somewhat complex and as of yet relatively ‘un-policed’ matter.  Interestingly the TIME feature mentions ‘wildcat scattering’ – an activity where relatives scatter the remains of a loved one at a site of their choosing, without gaining any consent.  Apparently, Disneyland has an issue with this. 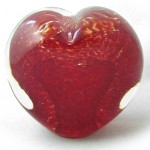 If money is no object, and you want something quirky and unusual, there are a whole host of possibilities today of what you can do with cremated remains.   With a spare $4,000 you can be turned into a memorial reef at the bottom of the ocean, or with around $3,000 you can be made into a cremation diamond.  If you want something less expensive, you can maybe opt for being made into a birdbath, glass goblets, or tattoo!   This article on ash scattering explores quite a few possibilities.

There future of final resting places is certainly changing alongside the trend towards cremation.  In some ways, it heralds a complete reinvention of what the notion of a cemetery is in the future.

Visit our Complete Guide to Scattering Cremated Remains to learn more about the complexities and guidelines on how to scatter safely, what different ash scattering options to consider, and how to ensure you comply with any regulations or local ordinances.