According to a new study from Feeding America millions of aging Americans can little afford to eat, never mind afford to cover their end of life expenses.  The study reports that a significant number of Baby Boomers (defined as those now between the ages of 50 and 64) are not the affluent generation we once believed, and are actually facing numerous economic and health issues.

A report by Feeding America and AARP found that approximately 8 million boomers are struggling to afford to eat and are turning to charity for food!  10,000 people turn 65 every day and this growing aging population, overwhelmed with financial issues, is going to have a knock-on effect on the billion dollar death care industry.

How are seniors changing their funeral plans? 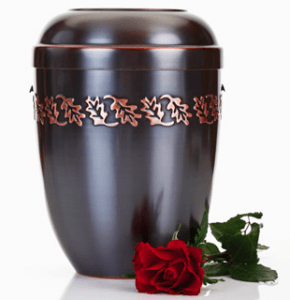 What we are witnessing right now in the US is a huge shift towards cremation as a funeral alternative. Why? Mainly because it presents a much lower-cost option for those families who cannot afford to spend thousands of dollars on a funeral.

In fact, what we are observing through the DFS Memorials network is that the real shift is towards ‘direct cremation’.  This is the lowest cost disposition option available and means that the funeral services provider just delivers the service to cremate the deceased without any ceremony and returns the ashes to the family.  In most metro areas in America a direct cremation costs between $695 and $995…so as you can see this makes for a much more affordable death care option.

With a more mobile retiring population and the less traditional sentiment of the boomers, direct cremation provides an inexpensive and more versatile disposition choice.

The sad reality is that not only is there a generation of boomers struggling financially, their children are also struggling under the weight of the poor economy.  CNN reports that 76% of American families are living paycheck to paycheck which really demonstrates the real financial situation.  If Mom or Pop have not put funds aside in a funeral plan or life insurance….who really has the funds to pay for a funeral?

How will this affect the death care industry?

Profits are down across the nation as we shift from that traditional $10,000 – $15,000 funeral to a simpler cremation alternative that can cost anywhere between $995 and $3,500.  This means many funeral homes are themselves struggling financially.  Many have already closed or amalgamated and the largest corporate death company has bought out its two nearest competitors over the last few years!

The industry is still largely embracing cremation as an opportunity to sell creative ‘personalized’ services under the notion that boomers want something different and are prepared to spend on unique life celebrations.  Whilst there will always be those individuals who can afford to spend on an extravagant send-off, there will be far more who want the simple and least expensive cremation option.

“A society will be judged on the basis of how it treats its weakest members and among the most vulnerable are surely the unborn and the dying,” 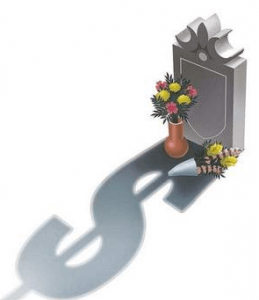 “Direct Cremation” is the term used to describe a basic cremation that does not involve any kind of service.  It requires the minimal services of a funeral director, so the costs are reduced.  Very little preparation is done before the deceased is cremated, and the cremation is usually carried out almost immediately, depending on state cremation laws. (Some states do require a 48-hour waiting period) Opting for a direct cremation does not mean you are choosing any less dignified a death-care option for your loved one.  It can actually give you far more control over the memorialization of your loved one.  Once the direct cremation has been conducted and the cremated remains returned, you can arrange your own personalized memorial service or ash scattering.  And yet your ‘professional fees’ for handing the disposition will amount to less than $1,000 in most areas of the U.S.

Some funeral businesses are adapting to meet this demand for direct cremation but not all.  It seems that the funeral industry is largely resisting this change, preferring to hold stead-fast to the notion that we should pay their profession for the services rendered in memorializing our loved ones.  Do they think people are incapable of doing this for themselves?

A recent blog by industry experts that advise the funeral profession discussed how talking about our death care would “decrease direct cremations”.  The focus seemed to be on how surviving family were opting for direct cremation as the “more affordable, or the less-complicated funeral arrangement”.  It seems that the writer of the blog thinks that because people choose direct cremation they are not performing any ritual or ‘celebration of life’.  Personally, we think this is an example of how the funeral industry has still not got to grasps with how culture is changing.  We believe that families can choose direct cremation, save money on funeral expenses, and arrange their own befitting celebration of life as, when and how they choose.  Our society is all about choices.

DFS Memorials will help to connect you with your nearest low cost cremation provider, believing that direct cremation is NOT a fad, but is an elective choice that many are now making.  That choice can be governed simply by cost – we now have 46.2 million Americans living below the poverty line*; or simply because we have come to realize that we do not have to spend so excessively on death care.