In October 2003, a woman in a persistent vegetative state (PVS) named Terry Schiavo unwittingly grabbed the attention of the global community. Her case would span 15 years and ultimately involve Congress and the president of the United States.

There is probably no better argument for the necessity of having an advance directive in place.

What is an advance directive?

An advance directive is a medicolegal document outlining a patient’s wishes regarding their health care. They may also be utilized to appoint someone to make decisions for you in the event you are unable to do so. There are various types of legally recognized documents. Some of them are complex and clinical while others address only a few areas of concern and are more flexible.

Anyone who is at least 18 years old and legally able to make decisions can execute an advance directive. We strongly encourage all adults have a signed directive.

The forms discussed in this article can be obtained online, through your care provider, or from a hospital or similar institution and usually are free of charge.

This document focuses a bit more on patient comfort than strictly clinical issues. For instance, one can delineate the type of music that is played at their funeral. You can provide information about your personal care such as religious concerns, ensuring that your lips and mouth are kept moistened, and so on.

As one would expect, there are also areas where you can designate someone to make healthcare decisions for you in the event you are unable to communicate. You can also direct healthcare providers regarding the use of life support.

The Five Wishes document is legally valid in 42 states. If you decide to use this as your advance directive, you’ll want to verify its legal status for your state.

It’s also important to note that CPR directives are not included in this particular directive; however, you can write in those instructions.

An additional feature is that a patient can authorize their agent (the person they’ve assigned to make decisions for them) to override their written instructions. Naturally, they can also withhold that authority.

Signing a Five Wishes document invalidates all other advance directives currently in effect.

Some states require this document to be notarized (as indicated on the form). While the other states do not require this, it is wise to go ahead and get the document notarized.

This directive has a very solid legal standing but is a bit limited in that it only comes into effect when a person has been determined to be in a terminal or PVS state and lacks decisional capacity (unable to make decisions).

A Living Will does not allow anyone to override the patient’s choices unless specifically indicated. If you wish to give your agent or physician that ability, you will need to make sure the document includes that authority.

This document can be combined with other advance directives, and the declarant (the person signing the directive) can also designate with whom providers may discuss the patient’s condition.

It should also be noted that the Living Will expires upon the person’s death so funeral directions, etc., are not legally binding. 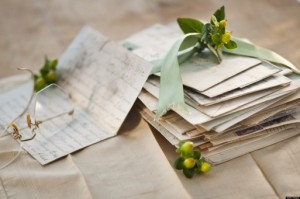 The MDPOA has a much longer reach than many other types of advance directives. It essentially gives the right to the agent to make all healthcare decisions for the patient, including obtaining medical records, consulting with physicians, etc.

It is important to note that this authority only extends to healthcare decisions.  It does not empower the agent to act in financial or other matters. Also, states may have varying statutes covering MDPOAs, so a directive executed in California may not have the same authority in Nevada. Generally speaking, there is a “good faith” recognition of directives in other states, but it isn’t guaranteed.

If you choose your spouse to be your agent, you should note that divorce or legal separation disqualifies them to act as your agent.

This document is limited in scope as it only addresses your wishes regarding CPR. It is usually only used when a patient does not wish to be resuscitated in the event of a cardiopulmonary event (often referred to as a DNR or “do not resuscitate” order).

This document must be signed by a physician and generally applies outside the institution caring for the patient. For example, a DNR order given while a patient is in the hospital expires upon discharge whereas a CPR directive will remain in effect.

In some cases, this directive is placed on hold during surgery, so it is important to discuss this with care providers in advance of a procedure.

Medical Orders for Scope of Treatment (MOST)

This is a newer form of advance directive and may not recognized in all states. One of the main benefits of this directive is that it requires an in-depth discussion between the patient and their care provider regarding their care. It allows for a greater understanding and more complete direction of care.

Unlike other directives, it also includes provisions regarding artificial hydration and nutrition as well as antibiotic usage (in some conditions administering antibiotics can actually cause more complications than relief). It is signed by the patient’s care provider (which can be a licensed professional other than a physician) and acts as a medical order that is transferred between institutions.

It is a medical order rather than just an expression of a patient’s preferences and is designed for a chronically or seriously ill patient, or for someone who is a resident of a care facility (so that the provisions of care remain the same between facilities, hospitals, etc.).

This directive doesn’t replace the need for other forms of an advance directive. It also does not appoint an agent.

A facility or care provider may refuse to recognize this document based on religious or moral convictions. In these situations, the patient or their agent must be notified of this refusal and offered transfer to a facility or provider who will comply.

There are other directives available, but these are the most common. If you are interested in a state-specific directive, you can visit this site to download the appropriate form.

The Five Wishes document is really the only advance directive that provides an opportunity for someone to include information about funeral planning.  What kind of funeral service or memorial, what type of music they want, how they wish to be remembered, etc.

Even if you wish to use a different form of directive, the Five Wishes form can be quite helpful in guiding the conversation with loved ones. It can be difficult and uncomfortable for many family members to have this talk, but it’s a necessary one.