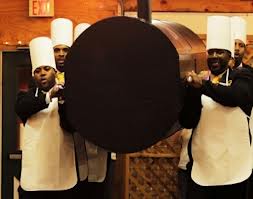 It seems everyone in the funeral profession is talking about this latest TV reality show offered up by TLC (The Learning Channel)  “Best Funeral Ever“.  The questions we are all asking are how does this portray the funeral profession to those tuning in?  And really, how tasteful is it to run a reality show about people’s funerals?  Will this help encourage a positive and open dialogue about death care in our culture?

What is the message?

Whilst we wholeheartedly agree that any ‘message’ that gets people openly discussing death care is good.  The more we can dispel that taboo about discussing funerals and end-of-life decisions, the more our society will have a well-rounded perception about death as a natural process.

Is this program really encouraging open debate and discussion about death care in a positive way?  Critics seem to think not.  The Washington Post even go so far as to state “The idea of inserting a reality show into the business of death is more ghoulish than I care to ever see again.”  Other comments I have read concerning the show cite should words as “circus”, “bizarre” and “distasteful”.

The show centers on Golden Gate Funeral Home in Dallas, and is offering up for us an African-American heritage perspective on “home-going” funerals.  These are the kind of funerals where the more extravagant and outlandish the service, the more fulfilled the mourners seem to feel.  Best Funeral Ever shows us funerals themed around BBQs, Christmas and Theme parks.

Certainly the message about personalization is clear.  Although maybe the representation in the show is taking it to an extreme.  We at DFS Memorials encourage the notion of personalization in memorialization today, but largely we are talking about how the family can create their own personal and unique commemoration……not some spectacle put on by a so-called professional who maybe never even met your loved one!

Title of the show

“Words are mightier than the sword” is a truth that Shakespeare could pen centuries ago but has become even more significant in our media-saturated world.  Psychology professors at Yale studying English language designate “best” as one of the ‘power words” that connotes a significant response.

Hence how it is over-used today by retailers to encourage us to consume.  Put “best” together with “ever”, and you are stringing together some pretty powerful messages.  Is this show portraying to us the Best Funerals Ever?  I sincerely doubt it.  It does more to make a mockery of what value is.

What do we learn from ‘Best Funeral Ever’?

Being that this show is hosted on The Learning Channel, we have to ask this question.  Personally, I don’t think we learn anything new about funeral rituals.  It reinforces the stereotype we already knew, that African-Americans choose to conduct more ostentatious funerals, to mourn more openly.  The fact that Golden Gate Funeral Home employ fake mourners to attend funerals and cry, openly exemplifies what a shallow and surreal culture we have now created to live in. 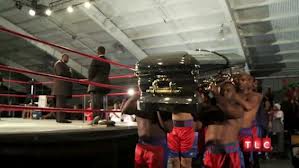 I don’t think it is anything new to present the notion that a funeral can be personalized.  Funeral directors around the U.S. (if not world) have been doing this for some time.  I have known of plenty of unique funeral services hosted with a special theme to commemorate the deceased.

The main thing we learn is that spectacle makes for good TV.  What you view on ‘Best Funeral Ever’ should make you realize that reality is NOT reality.